MADISON, Wis. and BOISE, Idaho, June 8, 2021 /PRNewswire/ — Fetch, the nation’s No. 1 consumer-loyalty and shopper-rewards app, announced today its first-ever retail partnership with Albertsons Companies, one of the largest food and drug retailers in the United States.

The partnership between Fetch and Albertsons Cos. comes after a successful five-week pilot program aimed at driving Fetch users to shop at nearly 200 of the company’s stores. Albertsons Cos. leveraged Fetch’ direct, one-to-one consumer relationship and sent users personalized offers to drive market activations and customer acquisition. The campaign resulted in strong incremental sales from existing shoppers. It also drove a significant number of new and re-engaged users to the stores who were established Fetch fans.

“We’re constantly looking at innovative and relevant ways to engage with our customers, and after seeing such strong results, we decided to expand the Fetch pilot to additional stores,” said Usman Humayun, VP of Digital Marketing for Albertsons Cos. “This relationship is a win-win for our company and for our customers who use Fetch to earn rewards on grocery, retail and restaurant purchases.”

With the nationwide rollout, Fetch shoppers will soon have access to exclusive offers at the Albertsons Companies’ family of stores. This includes more than 2,200 supermarkets across 34 states and the District of Columbia operating under 20 well-known banners including Albertsons, Safeway, Vons, Jewel-Osco and more.

“Expanding our business model to include retail partners is the next step in the evolution of Fetch as we work to maximize the value and savings we deliver for our shoppers,” said Jason Marker, Chief Growth Officer of Fetch. “Albertsons Companies is an outstanding grocer, and we are so excited to be working with them to provide shoppers with even more ways to get rewarded for their purchases.” 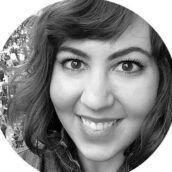